The Magic of Outer Wilds

You wake up in front of a campfire, across from a friendly-seeming four-eyed alien. 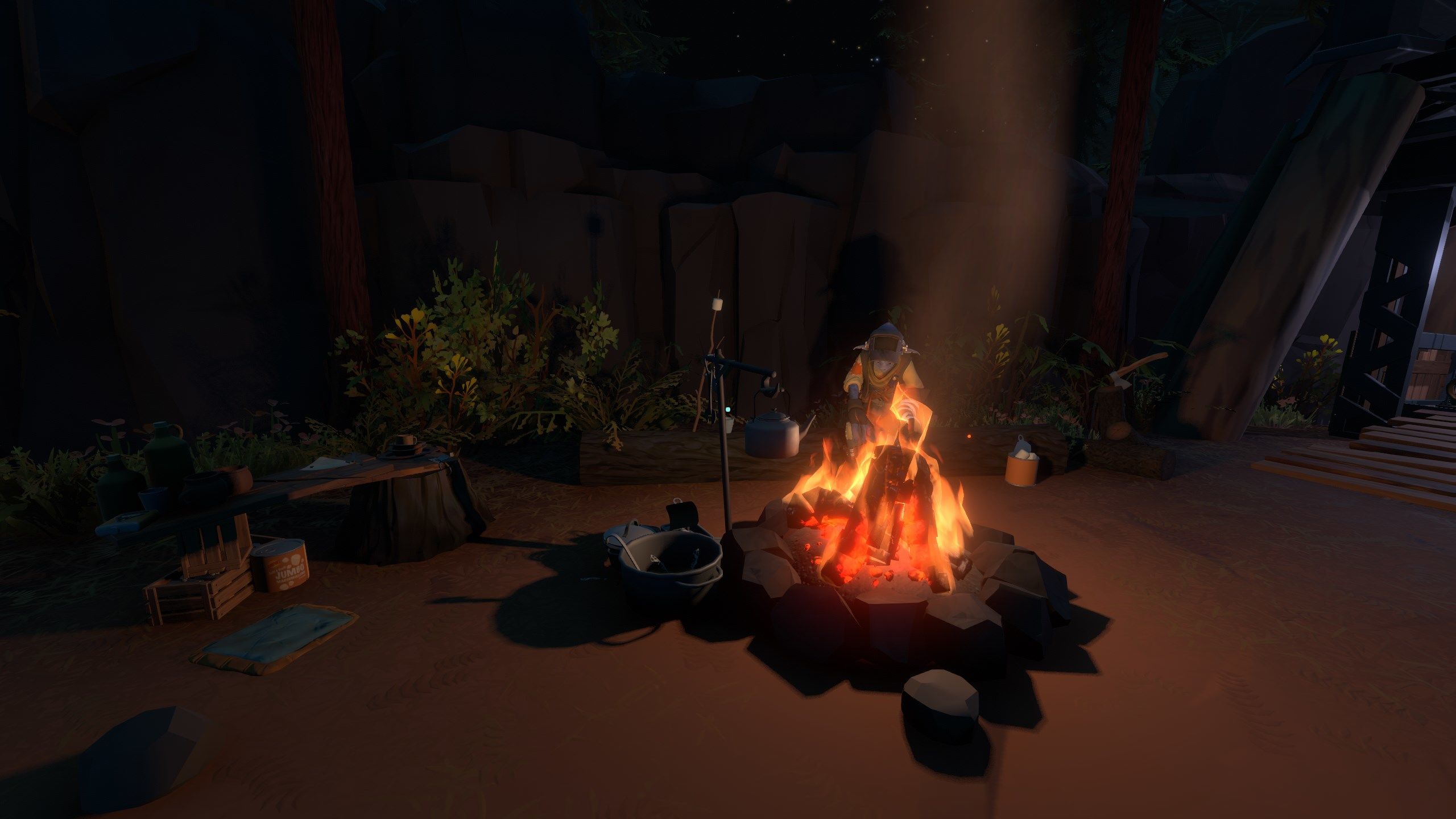 After wandering around the town you’re in, and chatting with some of the townsfolk, it becomes clear that you’re the latest member in this species’ space program, and that you’re about to take your first journey into space.

Eventually, you figure out how to board your spacecraft, and can take off. Where to? That’s up to you – there’s a whole solar system to explore. You haven’t been given any questions, or directions at all.

Then, 22 minutes into the game, regardless of where you are, the sun begins to change, and eventually supernovas, destroying the whole solar system, including you.

You wake up, the same way you did when you started, and all of the townsfolk don’t seem to have any recollection of what happened.

So begins Outer Wilds, one of the most creative and wonderful games I’ve ever played.

I was recommended this game by a couple different friends, who lauded its unique gameplay and storytelling, and Outer Wilds absolutely delivered.

As you might have gleaned from the intro, this is a game that’s about space exploration. From the beginning, the game does not give you any concrete goals – it sets you loose to go to any planet you want. This is pretty radical as far as open-world adventure games go. In most major action-adventure games, there are objectives or quests to complete, and often-times, where to to go next is marked on some kind of “World Map”. 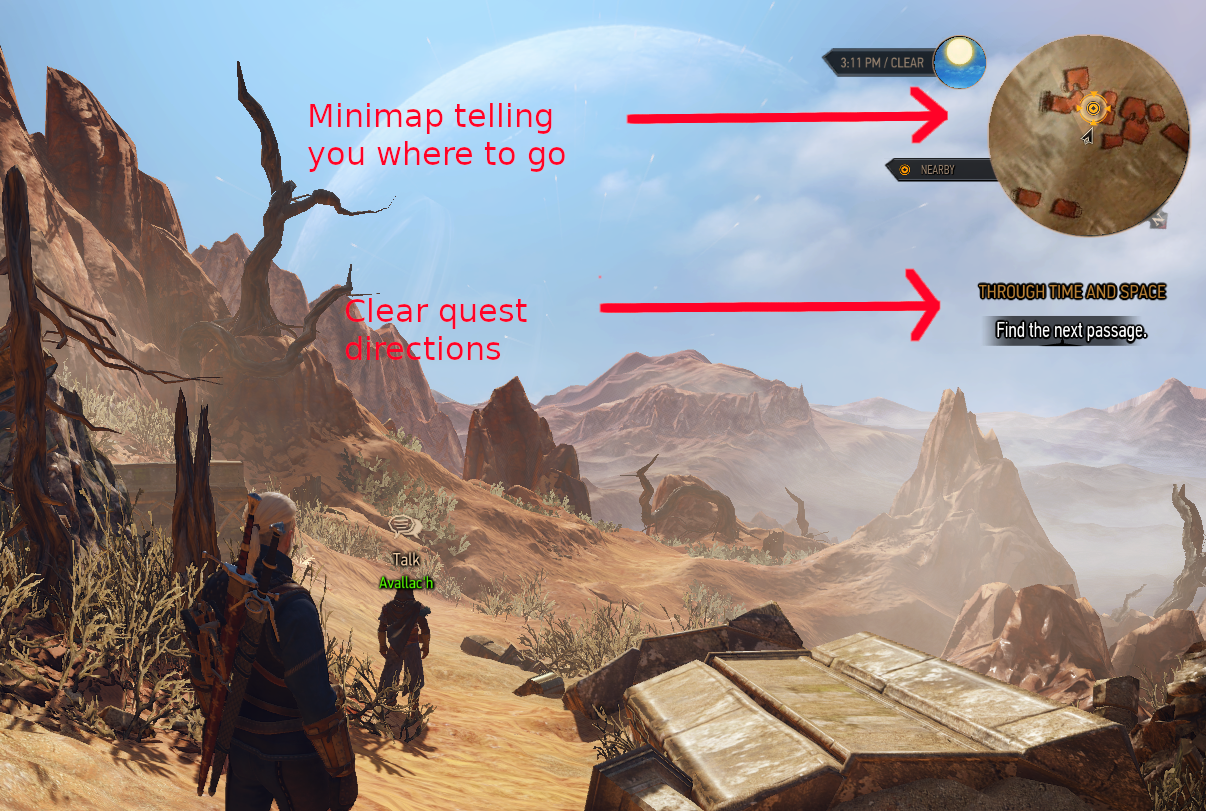 Outer Wilds, on the other hand, forces you as the player to decide what direction you want to go, and what planet to explore. As you explore, you begin to find ruins of a civilization that lived in the Solar System long before, and through the clues in these ruins, the story of that civilization begins to unfold. While there are hints as to where the next set of clues might be, it’s again up to you as a player to decide whether that’s something you want to pursue, and up to you to find that – nothing is marked on a map. This freedom, and lack of guidance provides you as a player with so much more creative problem solving to do. It’s also cool that the game engages players’ curiosity, rather than their desire to complete objectives.

But where does the progression come from?

So, we’ve established that there are no clear objectives to complete, goals, or quests in this game. Furthermore, you die every 22 minutes. What’s the point? Is there a sense of progression at all?

What’s really magical about Outer Wilds is that in spite of there not being clear objectives that you’ve completed, or any “leveling up”, there is a strong sense of progression in the game. Rather than having that progression based on anything the game tells you however, the progression you feel in this game is entirely based on your own knowledge and skill. As you continue playing the game, you will learn about places you didn’t know about, and be able to get to places you weren’t able to before (some areas are very tricky to get to!).

The 22 minute timer you’re operating under really adds to this too – while the constraint of having the game end every 22 minutes might seem annoying at first (what if you’re about to hit a breakthrough on minute 22?), it’s a huge contributor to the magic of the game! You know theoretically that you should be able to get anywhere in the universe of the game in 22 minutes. While you will die a lot playing this game, as you play, you will gain more knowledge and get better at it.

It’s really satisfying to be able to quickly accomplish things that had previously taken a while, or seemed daunting.

While you start off the game not knowing a ton about the context of the game, as you begin exploring the planets, you start to spend time in the ruins of an ancient civilization, the Nomai, that previously lived in this solar system. As you go through these ruins, you can read the messages that they wrote to each other. Through these messages you uncover the story of the Nomai, and better understand what their motivations were and what happened.

It’s amazing that the developers were able to craft a story that lent itself to the non-linear nature of the game – it’s up to the player where to start, and as the player unconvers more, they learn more about this story. It’s even more amazing how they are able to make the players feel and empathize for these ancient aliens in this civilization, despite never meeting them.

On top of the brilliant gameplay, the art in this game is phenomenal. Each of the planets you can explore in this game is based around a single concept. One of my favorites is the Hourglass Twins, a pair of planets orbiting each other, where sand is flowing from one to the other: 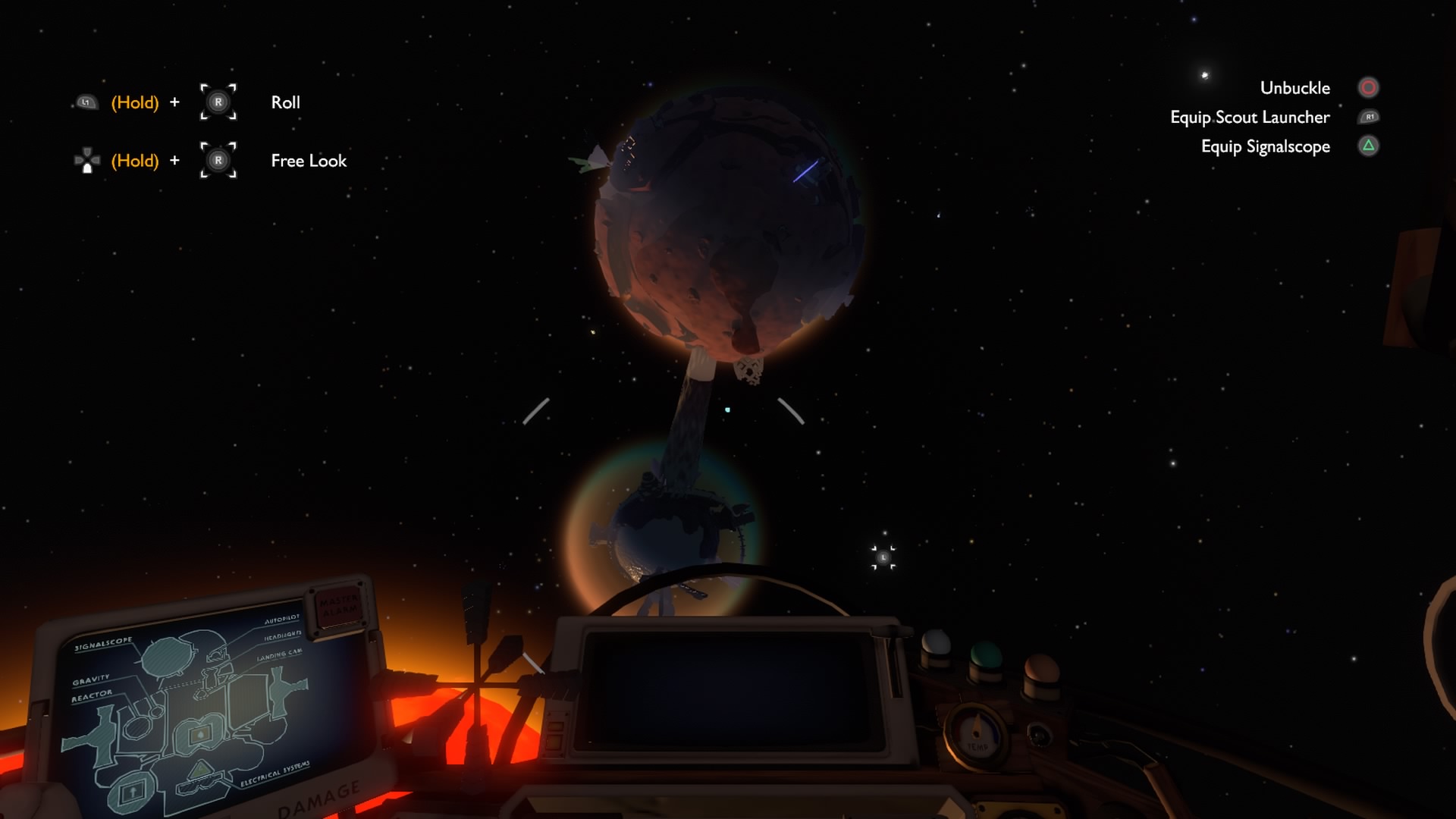 As the sand flows, the architecture on one of the planets is slowly uncovered, while the caverns on the other planet slowly fill with sand.

On top of being an awesome visual experience, the sound and music in this game is incredible as well. One of the main ideas of the game is that your fellow astronauts, who you’ll meet as you play the game, each plays a different instrument. The soundtrack has a peaceful, folky vibe to it, featuring banjos and harmonicas.

Playing this game was truly one of the highlights of 2020 for me – I hope you get a chance to play!

Fun Videos About the Game

I enjoyed watching these videos about Outer Wilds:

I’ve been writing tests in Scala for a couple years now, and something that’s always been a mystery to me...

It happens in all complex web applications -- the service you are operating goes down, and users are affected. In...