[Note that the code to run this notebook is available here]

In this notebook, I introduce a new algorithm: CUBIC, and evaluate its performance.

CUBIC is currently the default algorithm used in Linux, and implementations have existed since 2004.

What are the problems with Tahoe?¶

Tahoe was devised in 1988, and since then, a lot has changed on the internet. Notably, there are much more high BDP links than there were back then. To fully take advantage of these high BDP links, senders need to send with a much higher congestion window.

As I discuss in the last blog post, once Tahoe has crossed the "slow start threshold", it begins to grow the size of the congestion window linearly. While this is fine on low BDP links, on higher BDP links, it takes longer to converge, and will end up not performing optimally.

In order to perform better on these high bandwidth links, we need to solve two main problems:

From these two problems, it seems like we'd want to have a multi-phase algorithm that alternately probes for more bandwidth, and then once the available bandwidth has been discovered, grows slowly up to that discovered bandwidth.

It turns out that there is a function that satisfies this "multi-phase" requirement, the cubic function! 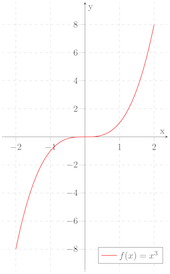 It starts out by growing the congestion window quickly, slows down around a value called w_max. The window grows very slowly around w_max, and if no packet loss happens, it starts growing quickly in order to probe for more bandwidth. Once packet loss is experienced, w_max is set to be the window size when the loss happened.

In each of these experiments, I print out the throughput of the algorithm, along with graphs of the link queue size over time, the RTTs over time, and the congestion window over time.

Getting set up with this notebook:¶

All of the code for this project is at this repo.

I've only tested this on Ubuntu--if you are using MacOS or another operating system, I highly suggest using Vagrant to spin up a VM.

Scroll down to the bottom of the notebook to see full examples, but here's a quick start:

The run_with_mahi_settings function takes some settings, notably a delay, trace_file, and queue options, along with a number of seconds that it should run for and a congestion control strategy, and then prints out some statistics on what happened. What this does is create a single sender/receiver pair that send UDP packets to one another over the mahimahi boundary.

This UDP connection, while not actually TCP, is a decent way of simulating how TCP would perform over those network conditions, with the selected strategy.

We've covered Tahoe in the last post, but this is a pretty decent baseline. On a 2.64mbps link with a 88ms delay, we get:

Notice that the congestion window drops to 0 on roughly the same cadence as the link queue hitting the max size of 30,000 bytes.

From looking at these graphs, it looks like with CUBIC we are putting a lot more pressure on the queue, which accounts for the higher average RTTs, as well as the higher throughput. This makes sense--we are no longer dropping the congestion window back down to 0 after a drop--it gets scaled by the beta_cubic constant (which the RFC recommends using 0.7 for).

This is our baseline for the high bandwidth case. Again, notice that the congestion window gets to about 100 before Tahoe experiences drops and takes pressure off of the queue.

Here's where we see where CUBIC really shines: we see a 50% improvement in throughput without much of an increase in RTT. Unlike in Tahoe, during drops, we don't back off nearly as much, and when we do, CUBIC grows the window much faster, therefore taking much more advantage of the available bandwidth.

The graphs of the queue sizes in CUBIC and Tahoe tell a lot of the story--notice that in Tahoe, there is much more time when the queue is empty, which is a leading indicator for underutilization of the bandwidth.

The next question is--when Tahoe and CUBIC are placed on the same link, are they fair to each other? In other words, will the CUBIC sender take up a lot more bandwidth than the Tahoe sender?

We start with a baseline of comparing two Tahoe senders. Here, we see that they are pretty fair to each other and achieve pretty much identical throughputs.

A baseline for how CUBIC does when run on the same link as another CUBIC sender. They are very even, and interestingly enough (more detail in the next section) both achieve a higher throughput than a single CUBIC sender running alone.

Ok, let's now evaluate a CUBIC and a Tahoe sender both running on the same link. The Tahoe sender is definitely sending at a worse bandwidth than it was before, but it's not terrible. Overall, the two senders together are achieving a higher throughput than the two Tahoe senders.

This makes sense--since CUBIC is much more aggressive than Tahoe, we expect it to ramp up it's bandwidth usage pretty quickly, especially during times when Tahoe is backing off after a loss.

What happens when we dial up the BDP?

Here, the difference between the performance of CUBIC and Tahoe is pretty stark. Also, interestingly, the throughput of the CUBIC sender is way higher here than when it was just running on its own.

This can be understood through the congestion graph--because CUBIC is so aggressive, it sees its first drop much later when it is just running by itself. When it is running alongside Tahoe, it sees its drops earlier because there's another sender jamming up the queue. The earlier drops mean that the slow start threshold ramps up more slowly, and allows CUBIC to achieve higher throughput.